new member of the board of cowifonden - march 2022

COWIfonden welcomes David MacKenzie as new COWIfonden board member as of March 2022. COWIfonden is the main shareholder of the COWI Group.

As new internal member of the board of COWIfonden has been appointed:

David Mackenzie, Senior Market Director Bridges and Senior Technical Director; COWI UK, who fills the seat after Anders Jakobsson, COWI SE. Anders resigned from the Board in November 2021 after leaving COWI SE at his own request. 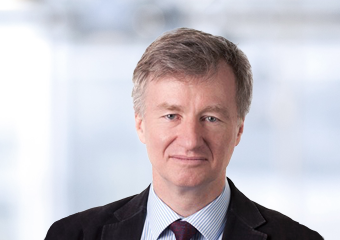 David will enter the Foundation Board at the COWIfonden meeting on 10 March 2022.

David Mackenzie graduated as Bachelor of Engineering from the University of Western Australia in 1989, and became a Master of Science in Engineering, University of California, Berkley 1989. David joined the COWI Group in 2008 when COWI acquired Flint & Neill (F&N). Other than a short spell with Bechtel in San Francisco, David has been employed entirely by F&N and latterly COWI, dating from 1984. He became a Partner in 1996 and then the CEO of F&N and led the successful integration of F&N into the COWI Group.

Now, as a Senior Director of COWI UK David is responsible for the technical leadership. He is directly responsible for many of the company's projects and controls the technical development on projects and with the engineering staff. He has been on the Design Joint Venture Board for several major infra-structure projects including HS2, the Mersey Gateway Bridge project and the EJ Whitten project in Australia. He leads the group’s work on special structures, having worked on projects such as Project Boomer, the UK’s tallest structure, Terminal 5 at Heathrow Airport and the BC Place re-roofing project in Canada. He has also acted as an expert witness on a wide range of structures and carries out due-diligence studies for major international banks.

David’s project portfolio has taken him across the globe and he has developed in-depth knowledge of aeroelastic effects on bridge decks, seismic retrofitting of structures and complex structural analysis, including dynamic response.

David is a member of "Structural Safety", an Institutional Board responsible for reviewing safety of structures internationally and a Fellow of the Wind Engineering Society. He was elected as a Fellow of the Royal Academy of Engineering and is part of the leadership team for the Examinations Panel for the Institution of Structural Engineers, a body that sets the professional membership exam.